I’m thinking a lot about Christmas at the moment and introducing some family traditions that Ruby can grow up with. I love Christmas…I love it that much that I could be Mrs Claus!

Earlier this year I purchased an Elf on the Shelf and she (we’ve named her Holly) is very active in our house, leaves little notes for Ruby and is caught every morning in a new part of the house. Ruby is still a little unsure of it all but I am sure Holly will be like a member of the family eventually! In meantime, I am getting a kick out of it!! 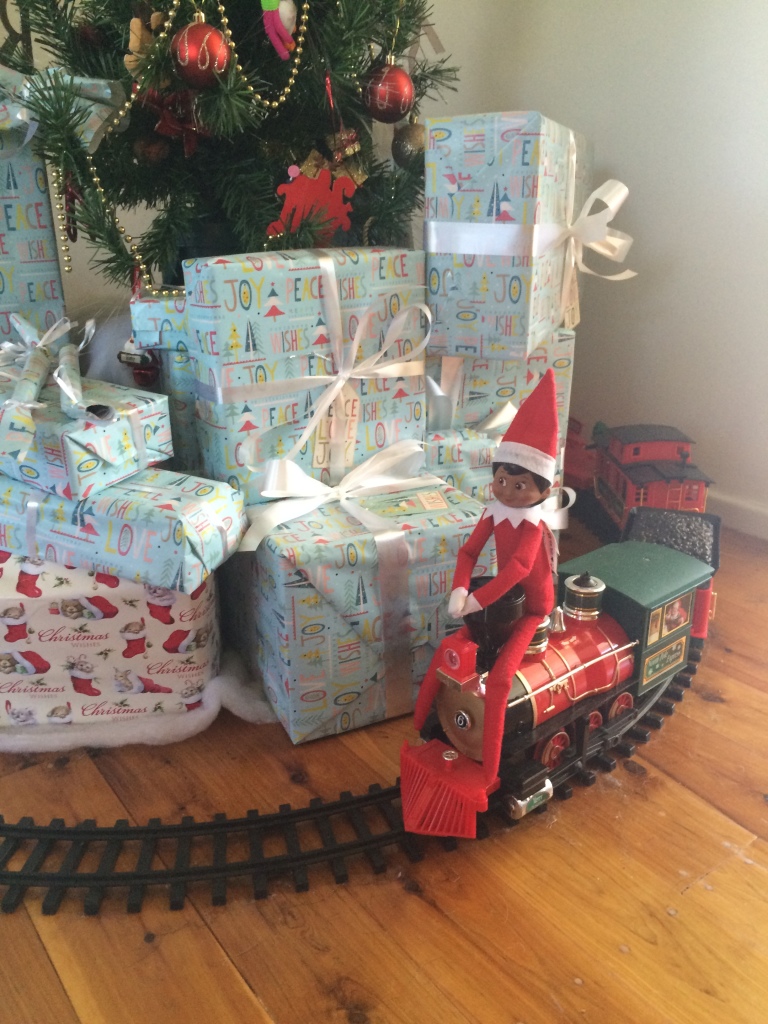 There’s a whole bunch of other ideas I have…I’ll share them with you in the lead up to Christmas. But one thing I’ve never attempted before is a gingerbread house and thought it might be something nice to do with Ruby.  It all started off very well…I had my little elf helping me with the mixing, rolling and cutting out the shapes. 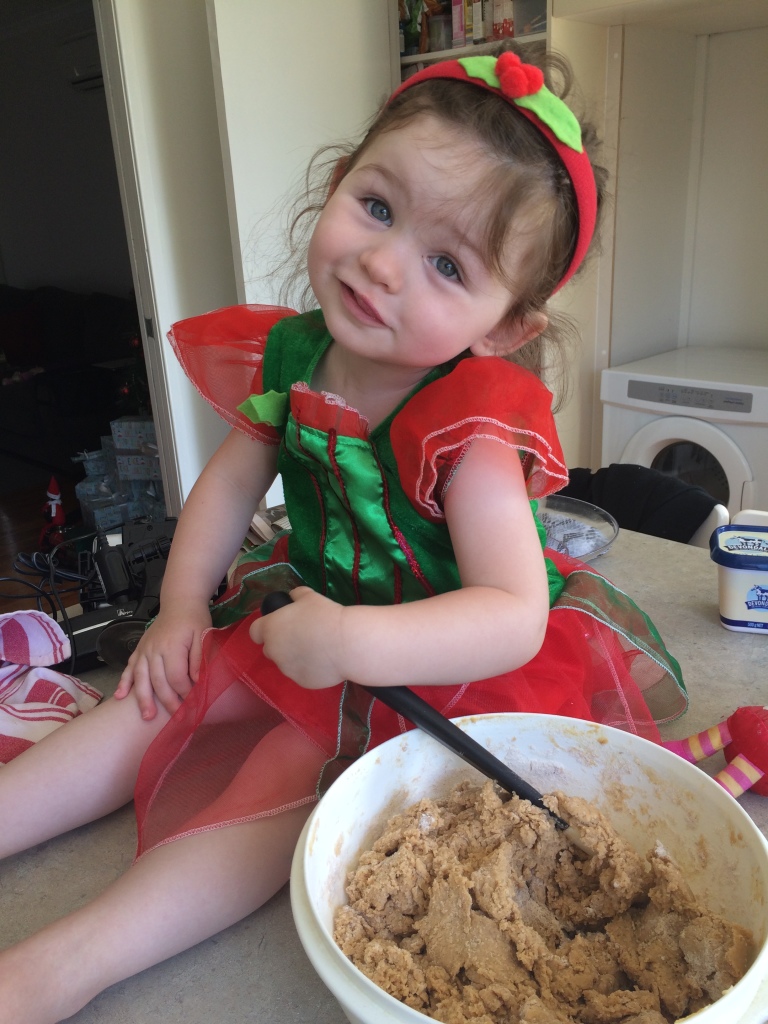 And then it kinda went downhill very fast from there! More like a steam train out of control to be honest. I don’t know where we went wrong but this is what happened: 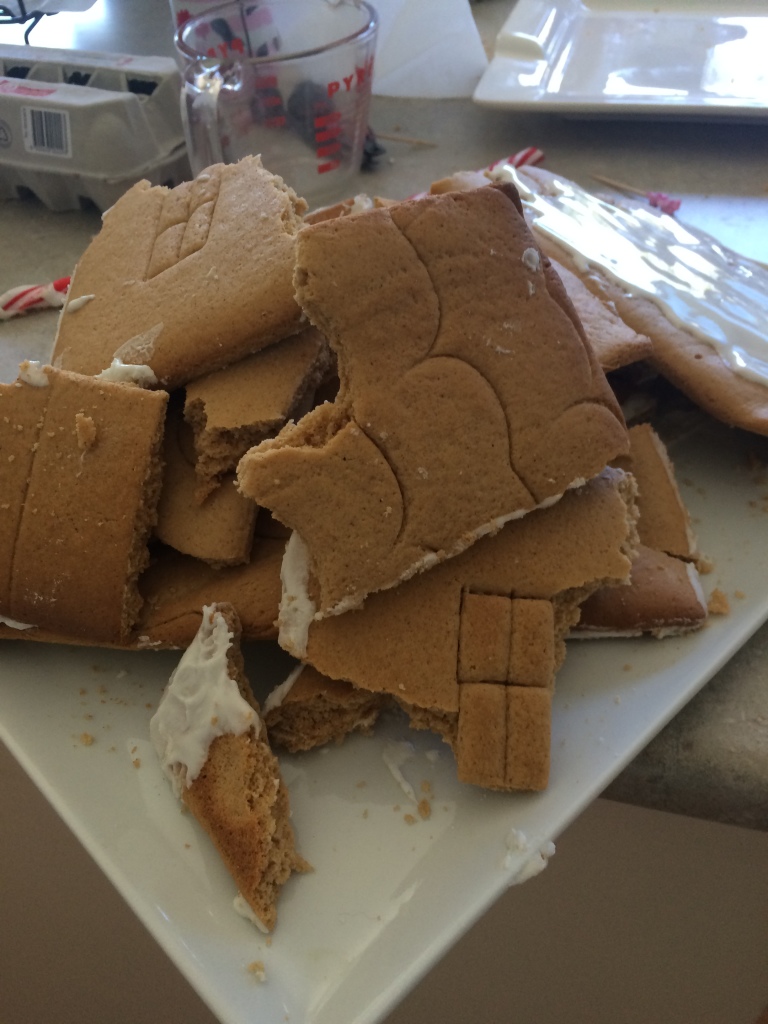 Oh dear! One of the walls broke in half and I had toothpicks trying to hold it all together then the roof collapsed…it just was an absolute mess. And after having spent the last few hours mixing, resting the dough, cutting, baking…I was heartbroken. But not to worry because I managed to rescue it in time for afternoon tea with my folks and nieces: 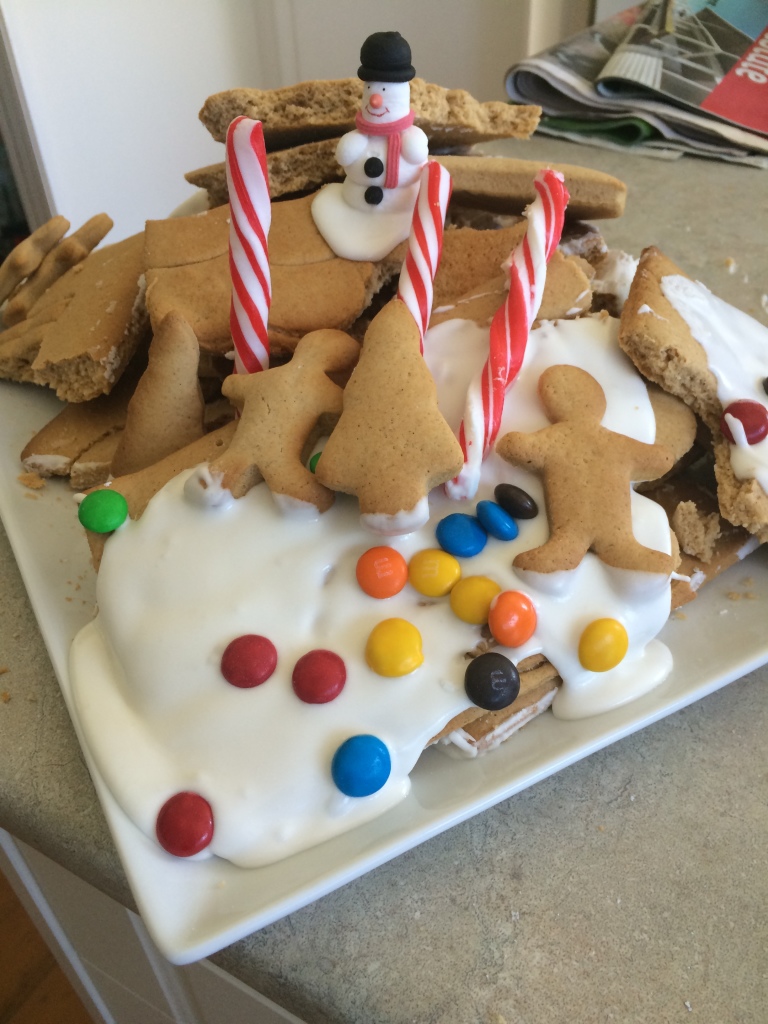 As Ruby would say “all better!”.