It’s the evening of Christmas Day and I sit here in the quietness of the night. Little Ruby has gone to bed after a big couple of days of excitement and fun.

Yesterday I started a new tradition – the Christmas Eve box. I pulled together a Christmas gift box filled with goodies for Ruby and then packed it into a brown box and stuck a whole bunch of Santa labels over it. I was aiming to “have it delivered” on Christmas Eve afternoon. My folks said they were going to bring my nieces over on Christmas Eve (aged 7 and 9) and I felt that I should do a box for them as well.

So just after we finished making gingerbread houses, I got dad to sneak around to the front door, knock really loud and leave the boxes. I then asked my eldest niece Emily to open the door. She said “Aunty Shell, there’s some boxes from Santa at the door” and opened the door and looked around. She said there was no one around and questioned how could someone deliver them so fast. I got them to bring them in and they were blown away to see a box with their name on it. We encouraged them to open it, all playing along with it as they continued to be in shock by the delivery. They read the letter to them from Santa and were honestly amazed…look at Rach’s face it says it all!!! 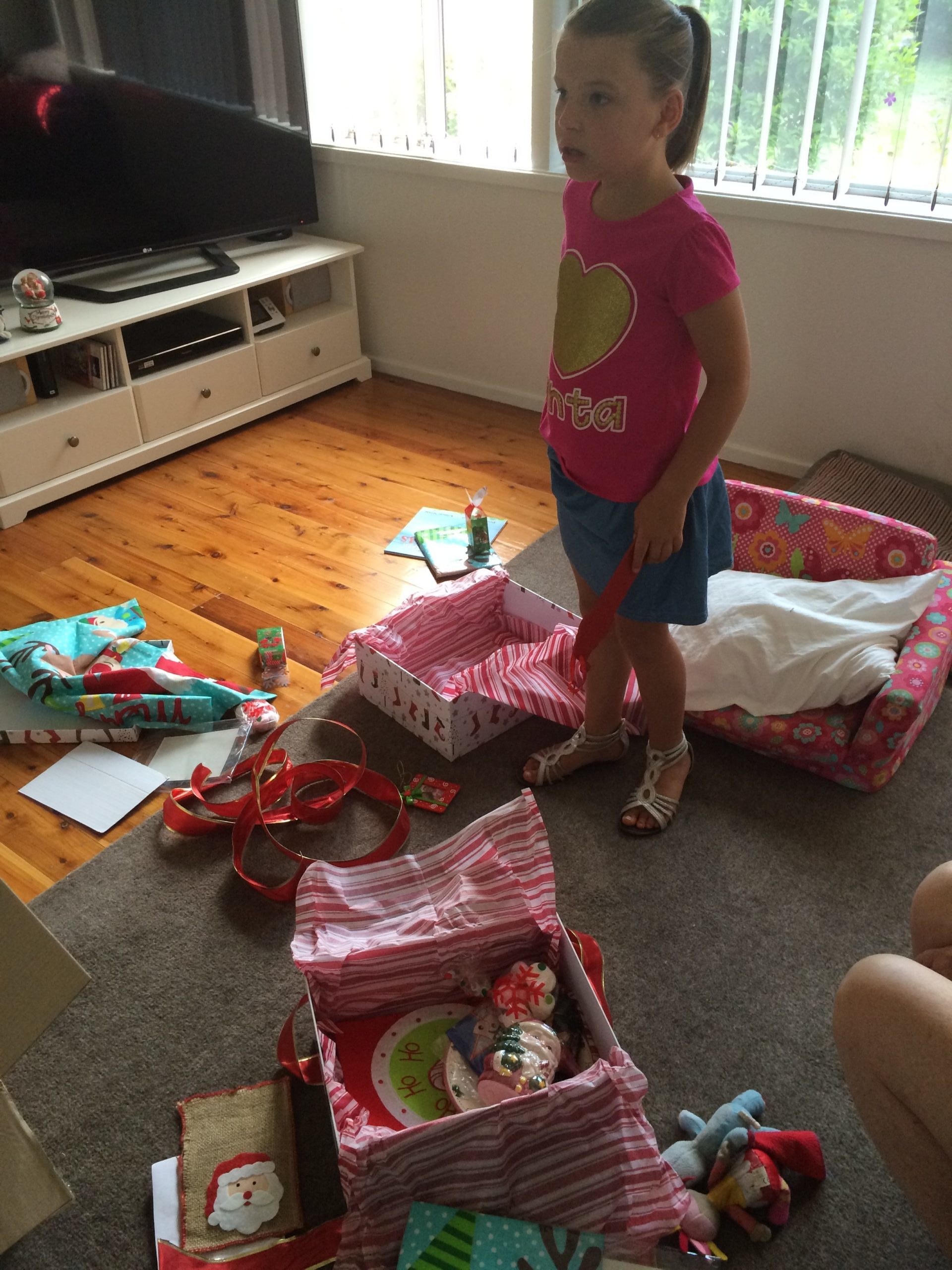 Dad said they were still raving on about it all the way home several hours later. Their reaction was priceless…I so wished I had of video taped it now!!

We’ve also started doing the Elf on the Shelf tradition in the house this year. Our elf Holly has been getting up to a few antics including driving Barbie’s car around. She also is prone to leave the occasional note for Ruby. My nieces were also amazed by Holly and were equally amazed when Holly disappeared at the same time the boxes were delivered. 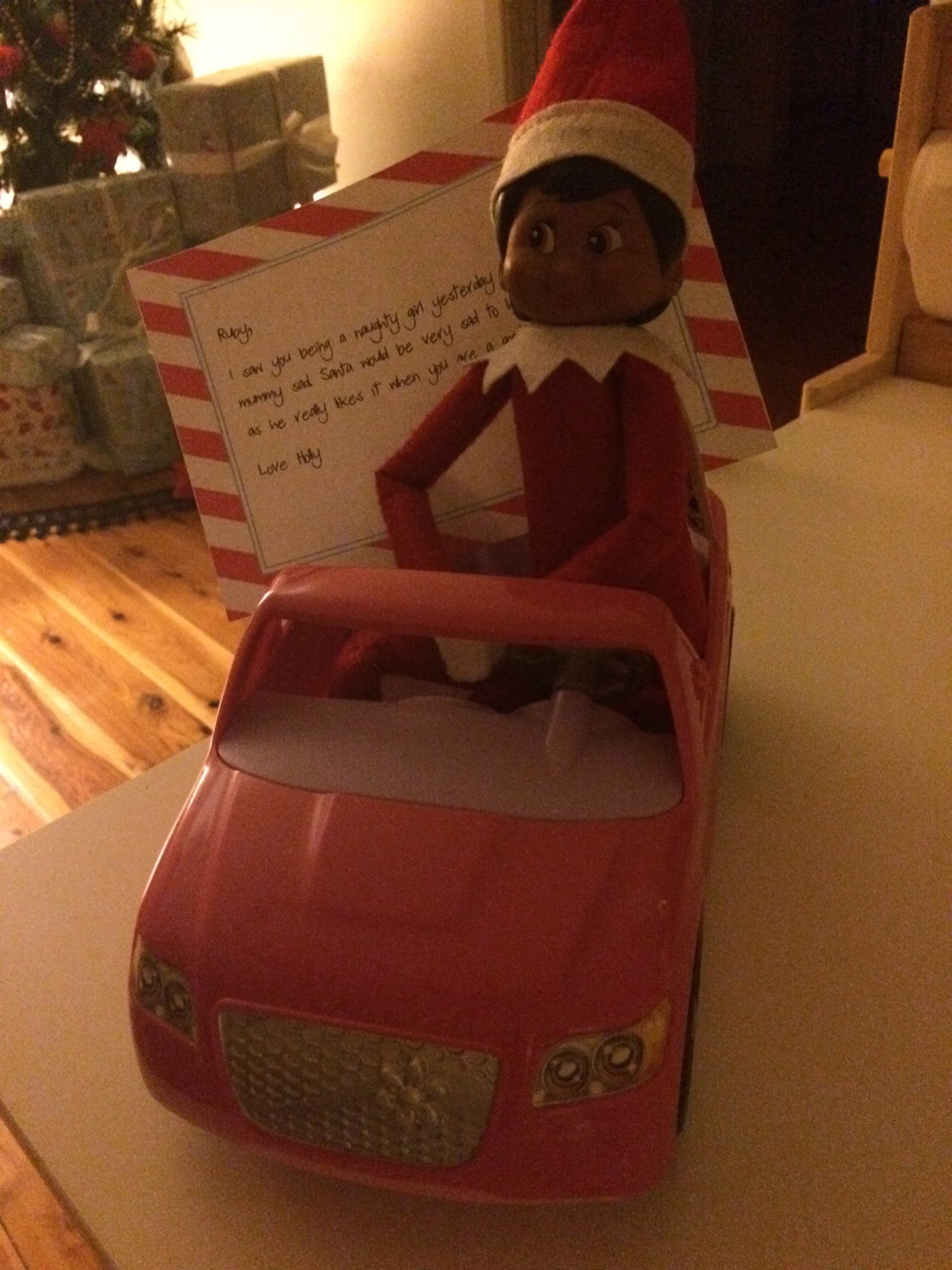 Last year was rather a miserable Christmas. Ruby was diagnosed with hand, foot and mouth on Christmas Eve and so we had to isolate ourselves over the holidays until she got better. So this year with her being well and at a better age to understand Christmas, I was looking forward to it – hey I do consider myself a Mrs Claus after all!!

I was a little sad that this year was the first without my massive Christmas tree that my grandmother bought for me back when I was a teenager. I’ve dragged it around in a trunk for many, many years. But when we moved, I took a look at how sad and sorry it had become and decided it was time for it and I to finally depart ways. I am intending on getting another one when we move into our new house. In the meantime we have a cool fibre optic tree that used to belong to my folks.

After Ruby went to bed last night, I left trails of tinsel around the house and I then ate Santa’s cookie, drunk his milk and gave Roxy the carrot, making sure to leave a bit of nibbled looking carrot end. When we woke up in the morning she was very excited to see it all and was wrapped to find the bit of carrot left. 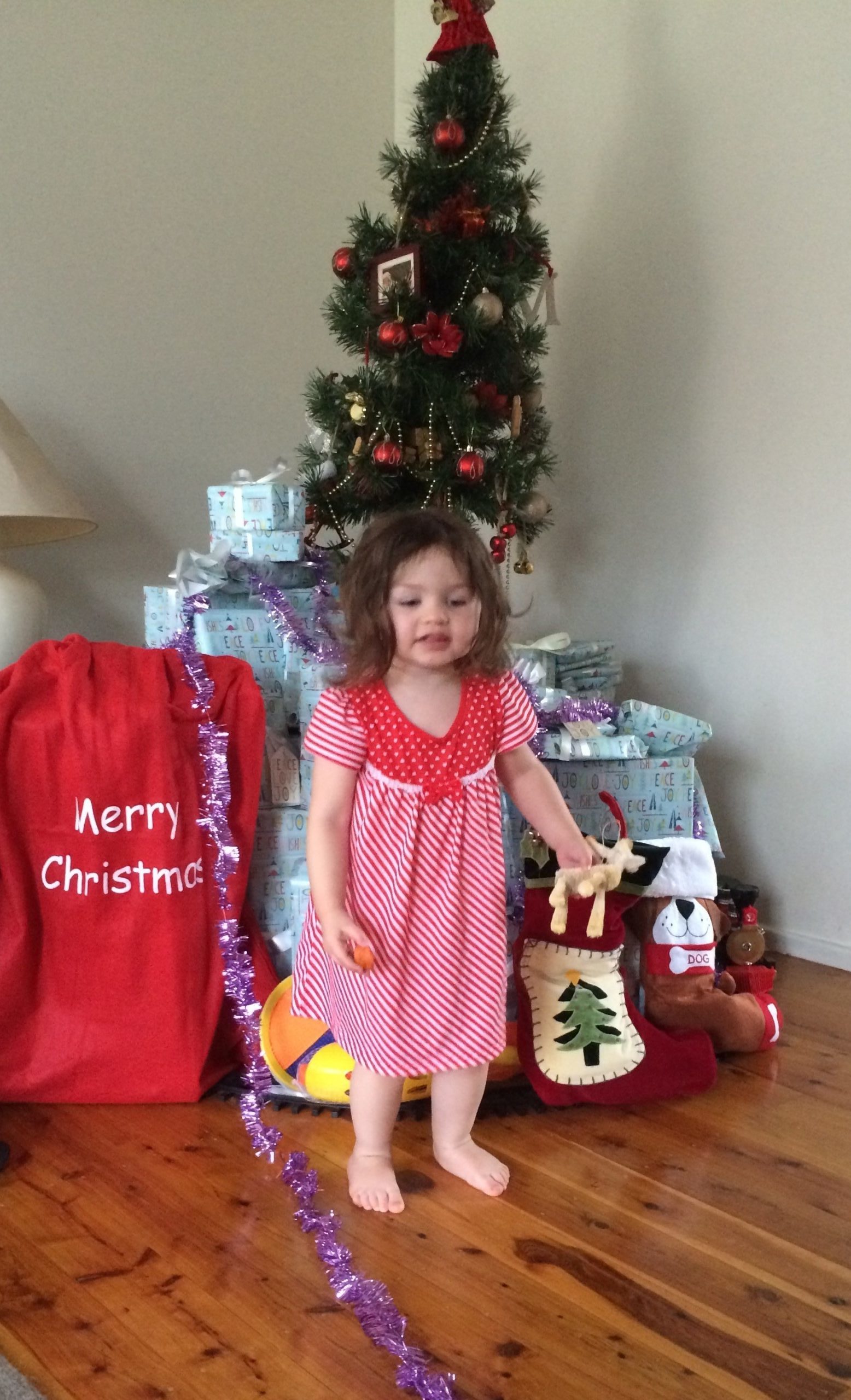 Yes it has been a fun couple of days for sure and we’re looking to continue the fun tomorrow when my nieces come back for a play.

The recent tragedy in Sydney has again highlighted the importance of family and friends for me.  Life is short, we need to be grateful for all that we have in our lives – big and small. Life is for living so make the most of each day, do what inspires you and makes you feel good.

Merry Christmas to you and your family. And don’t forget to…

The art of sharing

What do you think? Cancel reply